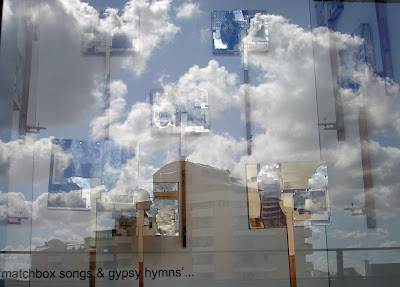 On my train journey this morning i suddenly realised why these works remain quite unfamiliar to me..no sooner had they been assembled before they were put in a box and sent to Townsville for the "Alter" exhibition...even in Townsville i had little chance to spend time with them... they have remained in a box until last week...i feel rather vain standing before my own studio window...but i have done that especially with these works...i'm not certain they belong to me..if they ever did....in a sense they don't...they exist in a space somewhere between myself and the notion of 'other'...it makes them sound like an offering...if the other is capable of providing the source of a meaningful sense to experience then each of these pieces are hand mirrors...but hopefully not just for me...anyone can make use of them...perhaps there is more light in them than i first thought...maybe i didn't have the angle right at first..or just a change in the weather...sp 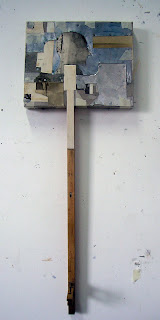