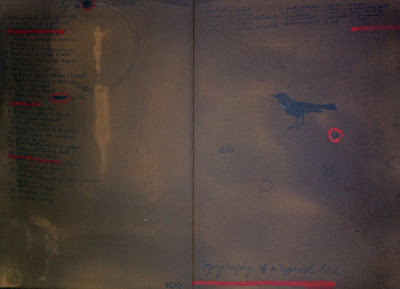 I spent a day as a guest artist with a Brisbane high school this week...the focus was on printmaking and artists' books so it was a nice opportunity to discuss ideas and the relationship between content and process...it was the first time I had really talked about the present works in progress and at first I was a little reluctant to reveal too much but these senior art students seemed very receptive to discussing their own methods of art making so it only seemed fair that I do the same...I wanted to make a point of allowing space for their own embedded response to all that they encountered in their daily lives...and that for most part there was still so much of that response that remains unable to be articulated at least not in either spoken or written language...and that essentially that any visual response must remain silent if it is to remain authentic...I am aware that within my present circumstances of having completed a MVA where the exegesis is a significant element in judging the value of ones studio practice and the theoretical component provides an invaluable element in relationship to the creative process but I remain unconvinced that the written word is capable of providing a totally adequate translation of the visual...the visual response needs to believe that it can stand on its own two feet without the crutch of the theoretical text...'trace' is really an attempt to detach itself as far as possible from any theoretical methodology from the very beginning...I might be wrong about it all...perhaps the foundation of a strong theoretical platform does make for 'higher' art but at this point in time I am willing to trust what remains unsaid and silent...sp 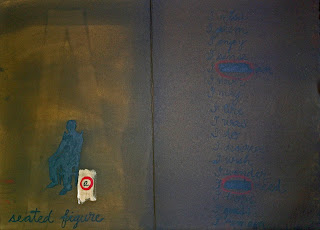 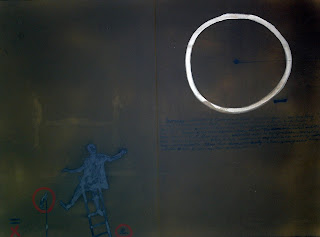