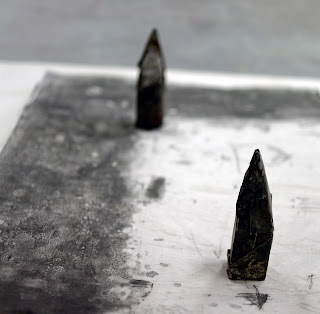 I don't intentionally write evasively about the things I make...I think it depends upon the timing...having spent the last two weeks proofing and printing the pages of this next series of books and then yesterday playing with these small 'domestic' shapes that came from a moment of play...a distraction really...then placing them on the surface of the prints that echo similar shapes I feel that language/too much at least can slowly destroy even my response to them...it's as though I want to hold on to that untainted moment for as long as I can before words/language begin to dissolve not necessarily its meaning, but the possibility of more than one meaning...in dialogue with visual forms language should simply remain a clue...sp 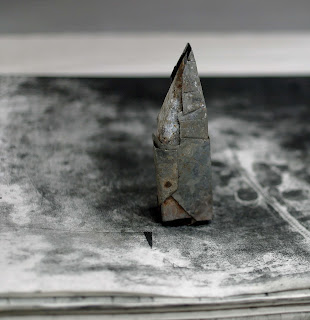